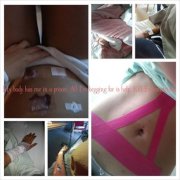 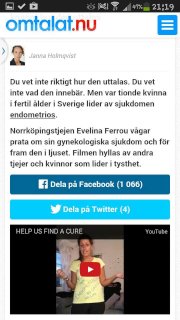 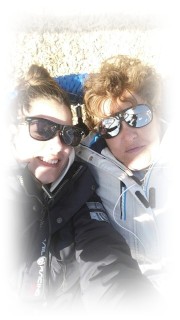 A Turkish immigrant to the United States who is one of the world’s top endometriosis surgeons has received another award for his pioneering work.

Tamer Seckin, who co-founded the Endometriosis Foundation of America, received the American Turkish Society’s Philanthropy Award in late May. The honor came at the American Thoracic Society’s ninth annual convention in Washington, May 19-24. It is one of a number of awards the New York-based Seckin has received for his dedication to endometriosis.

The ceremony included touches of glamor. The actress and creator of the “Girls” television series, Lena Dunham, appeared in a video saluting Seckin at the gala. Dunham had to be rushed from another gala, one at the Metropolitan Opera on May 1, due to complications of endometriosis. Seckin treated her.

Seckin co-founded the endometriosis foundation in 2009 with another celebrity patient, Padma Lakshmi, a model who hosts the “Top Chef” television show.

“I have met hundreds of women who also feel that Tamer made it possible for them to come forward with their illness with strength and bravery,” a news release quoted Dunham as saying in the video. Endometriosis is an abnormal uterus condition.

“He’s the funniest, kindest person I’ve ever met, and his insistence that women get the healthcare that they need goes beyond a passion and is truly [his] life’s mission,” she said. “He makes me laugh” and “he makes me smile,” she added.

The person who presented the award to Tamer is a Turkish-American celebrity in his own right — the cardiothoracic surgeon Mehmet Oz, who hosts the health-related television talk program “The Dr. Oz Show.”

“When almost 200 million women worldwide benefit from advances championed by a Turkish-American physician, we all feel appropriate pride,” Oz said.

Seckin thanked his family and colleagues at Lenox Hill Hospital before pledging to continue working on a “reproductive revolution” and an end to the taboos around endometriosis.

“He’s an incredible human being who understands the broadness of this issue,” Oz said. ”Women are often penalized because of their basic biology. Endometriosis is an emblematic expression of that. We see it all the time when women lose their fertility, lose their livelihood and they can’t compete as they should be able to.

“I think that Tamer does wonderfully. He elevates the discussion. It’s not just about endometriosis. It’s about women not being penalized for having menstruation, which is an uncomfortable topic, but an important one.”

Endometriosis is a condition in which cells that are supposed to form inside the uterus grow outside it instead. The cause has yet to be identified.

Most women have no symptoms. But some experience pelvic pain that can worsen during menstruation, painful intercourse, painful bowel movements or urination, and infertility.